What is prison for?

What are prisons for? Some see prisons as punishment, even vengeance. Others see them as a means to keep the public safe. More recently, prisons have become an opportunity for rehabilitation.

In our special series, “Life on the Inside,” Stateside examines Michigan’s prison system — what it is, what it could be, and what some say it should be.

All this week, we’ll take you inside Coldwater’s Lakeland Correctional Facility to speak with those who live or work there. But first, we speak with historian Heather Ann Thompson, who was awarded the Pulitzer Prize for her book Blood in the Water, which covers the Attica Prison Uprising of 1971 and its legacy.

Thompson argues that a fundamental question here is what we as a society believe is the purpose of a prison. She thinks that Americans are “still battling” over what the right answer is.

“I think that most people think that at some core level, [prison is] about returning people to society better than when they went in,” Thompson said. “But sometimes the vengeance feeling gets in the way, and we get a very mixed message in the way we run our prisons.”

Although prison may be widely considered to be a place of punishment, Thompson noted that from a legal and historical standpoint, imprisonment itself is meant to be the punishment people endure after committing a crime. Incarcerated people, she said, are effectively under state and federal care. Just because they’ve been convicted of a crime doesn’t mean they’ve checked “their human rights or their civil rights at the door.” 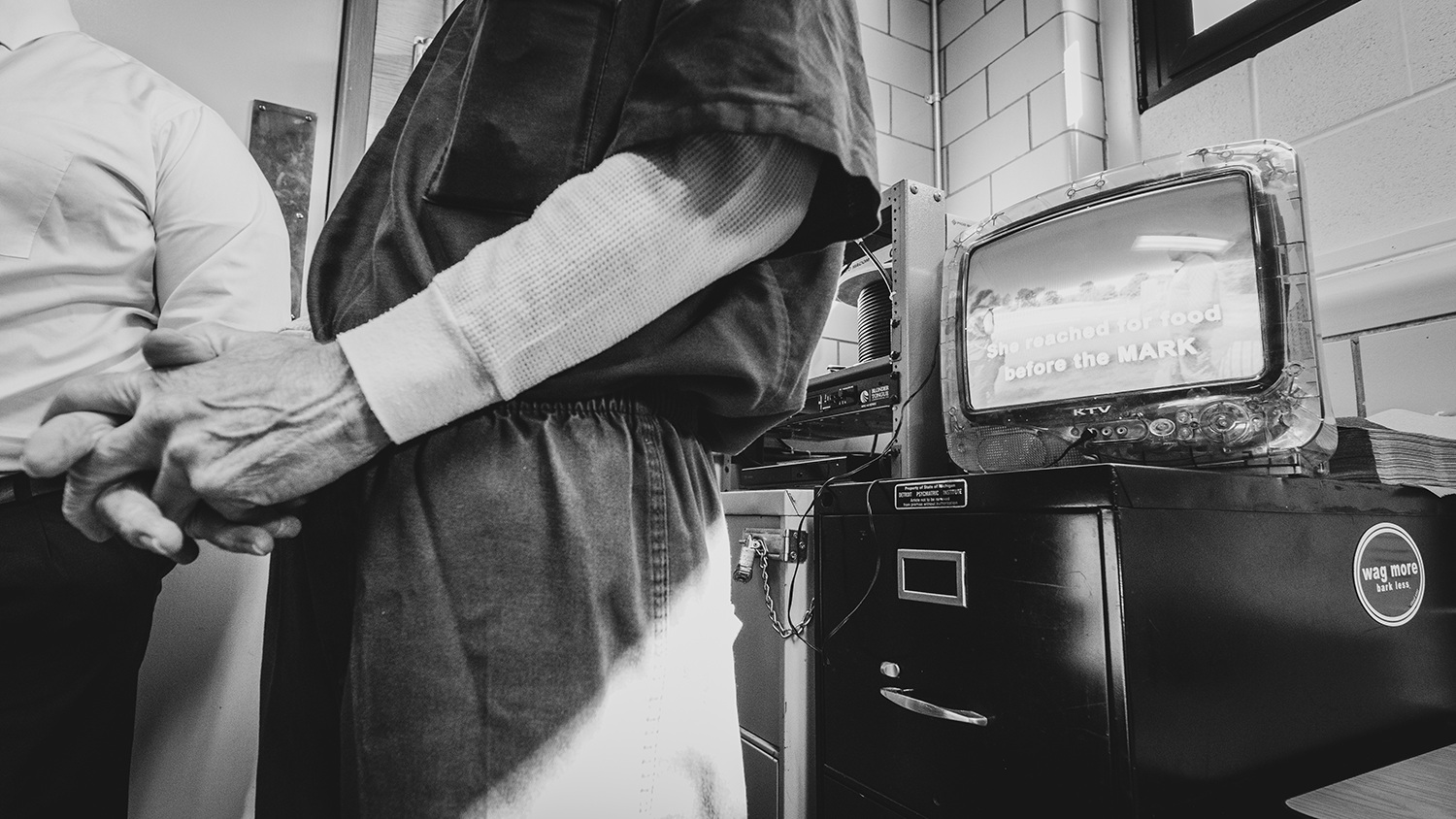 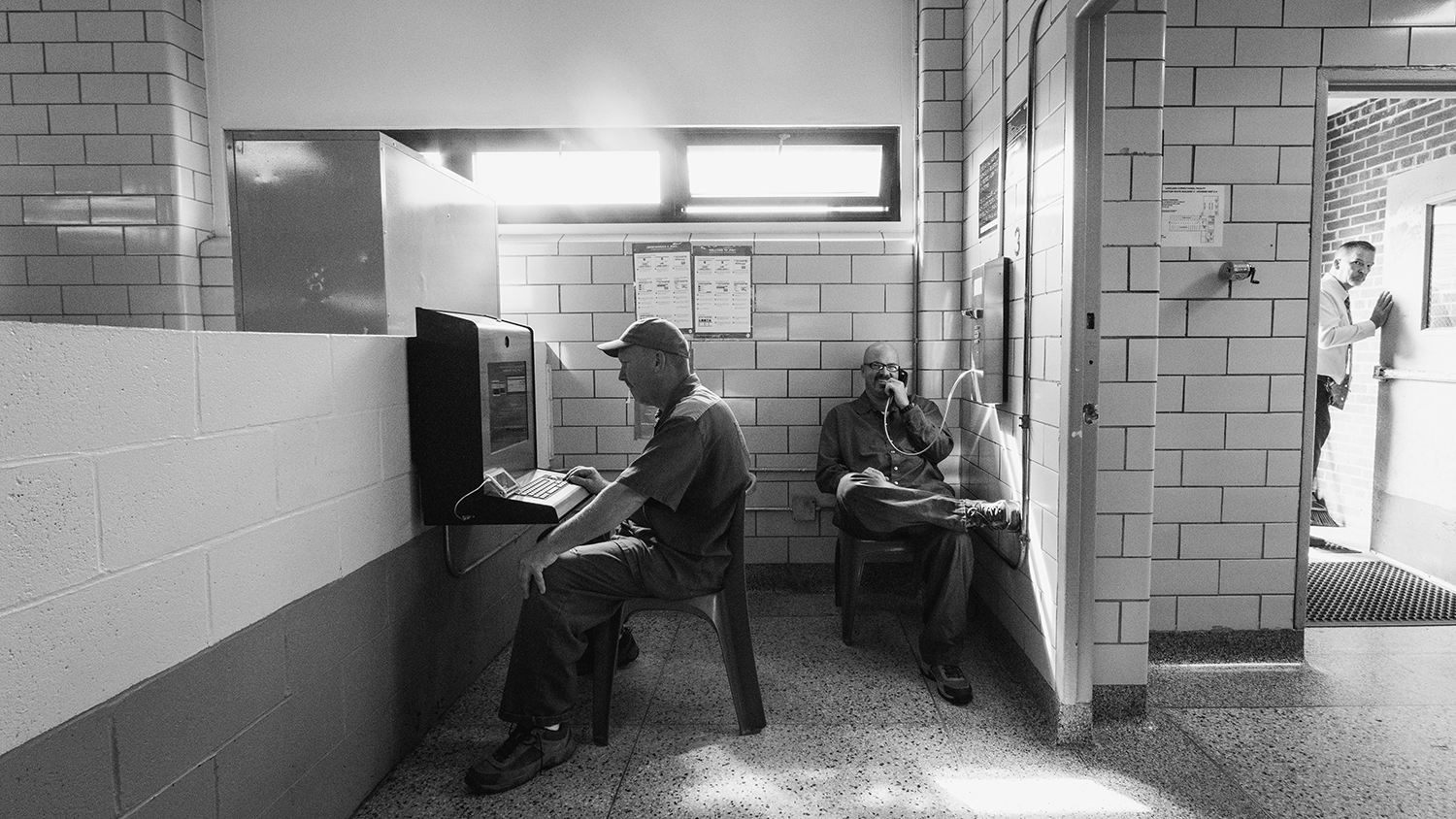 “No country hands out life sentences the way that we do. And yet [other countries] have much better public safety indices." - Heather Ann Thompson

Thompson has had the opportunity to travel outside of the United States to see how prisons are operated in countries like Finland and Norway. Prisons in those countries, she said, have a very clearly-defined purpose: to “make society safer” and repair families.

Countries like those aim to help incarcerated people become “better participants” in the communities that they will eventually return to by making public safety their goal.

Some may wonder why it makes sense to ensure that prisoners are treated well when their victims — and those victims’ loved ones — are often left with serious trauma. But Thompson argued that it’s important to take a “holistic approach” to criminal justice policy and ensure that all parties involved get the care they need. 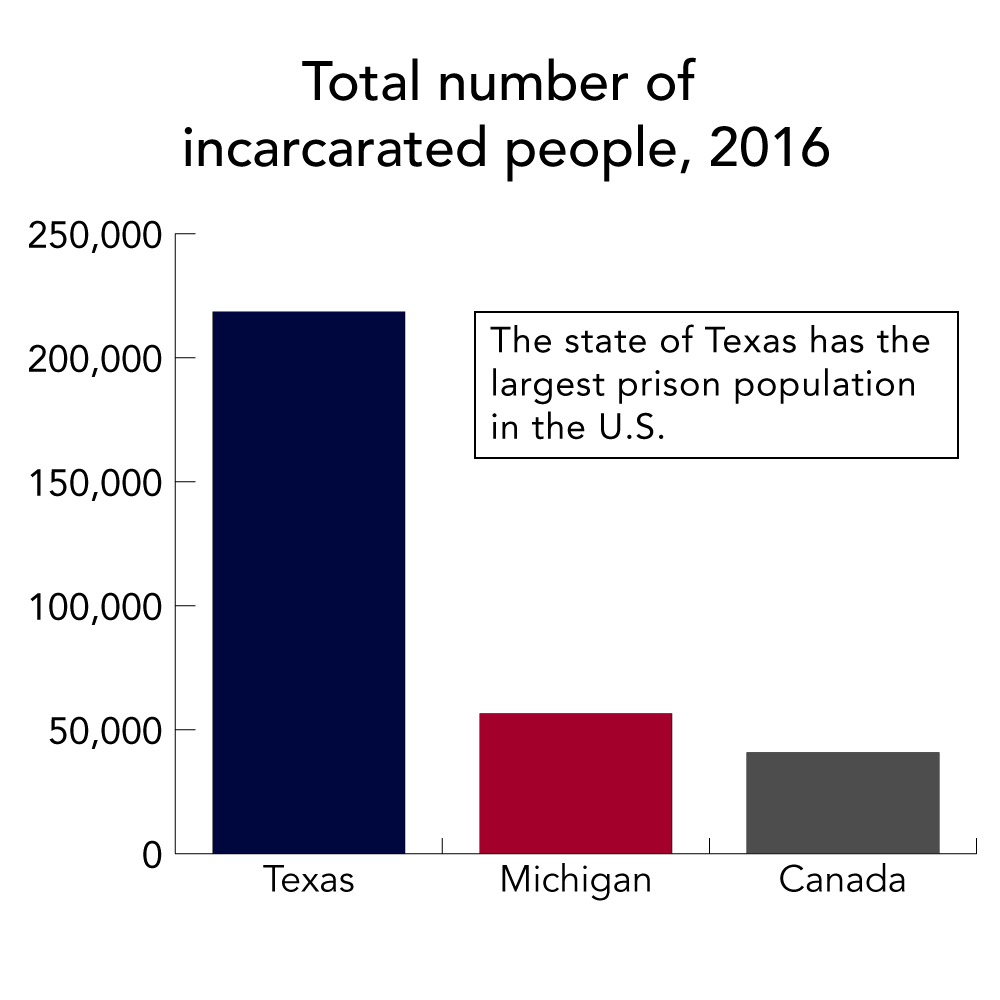 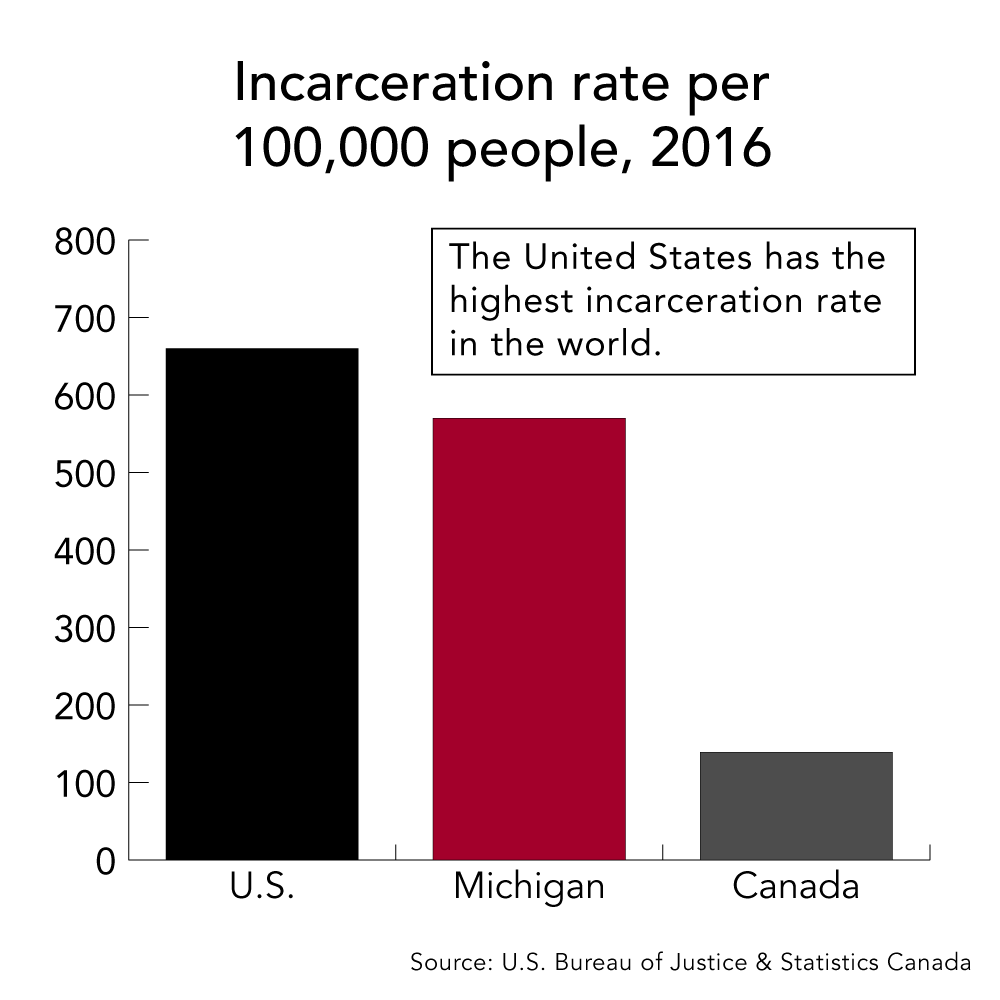 The rate of incarceration in the United States stands out in comparison to the rest of the world. Thompson noted that the amount of people incarcerated in Michigan specifically is roughly equal to that of the entire prison population in Canada. She also said that “no other country hands out life sentences” the way America does, which is why we have “more old age prisons” than any other country.

Those other countries, Thompson argues, believe that people have the “capacity to learn from their errors” and to grow over time. They recognize that someone at the age of 50 is likely quite a different person compared to who they were at 20.

Thompson encouraged Michigan lawmakers to accompany her on a trip to prisons in Finland and Norway so they could learn about the alternative approach to criminal justice that those countries have taken while prioritizing public safety.

“Once we abandon the idea that vengeance gets us what we want, even while we can certainly understand the impulse towards it, it just does not get us what we want in terms of public safety or feeling heard,” Thompson said.

This post was written by Stateside production assistant Isabella Isaacs-Thomas.